Why does Ganesha have an elephant head?

There are many Hindu gods. Some of them are more human in their forms, others not so much. Like Ganesha. Ganesha is a god with an elephant head. He is a god of obstacles, Lord of all beings. There are many different stories on how Ganesha got his head, and today I’ll share one of them with you.

Ganesha was born from his mother Parvati’s skin while Shiva was away. Parvati asked Ganesha to protect the house, and to not let anybody in no matter what while she cleansed herself. Ganesha understood and stood firm in front of the house to guard anyone from entering.

Than Shiva came home, and wanted to go inside. Ganesha stood firm and said, no, you must not enter the house. This is the first time Ganesha has seen his father Shiva, and did not recognize Shiva as a father. Ganesha was only obeying his mother’s orders.

Shiva got really upset and chopped Ganesha’s head off, than went inside.

Parvati was confused when Shiva came in, saying I thought I set Ganesha out front so nobody can enter. Shiva said’ oh? that boy? I chopped his head off bc he was blocking my way!’

Parvati got really upset with Shiva for chopping the head off of her boy, and told Shiva to fix this immediately.

Shiva told his servants to go cut off the first head he sees, and bring it to him. The servants went out to go for the search immediately. The first creature that they came across, was an elephant. According to orders, they chopped the elephant’s head off and brought it to Shiva. Who put the elephant head onto Ganesha’s body.

Ganesha is said to be the god of obstacles, because he overcome not having a head. Him having an elephant head, and symbolises how all of us can overcome our obstacles. 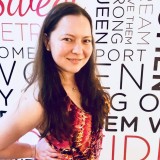